At the beginning of June I decided to scale down my use of social media. It was a move I had been contemplating for the summer, and the first of the month seemed like a good clean place to start. I committed to only checking Facebook twice a day, instead of leaving it up on my computer while I am working, using it like a virtual office lounge to connect with other humans. Working at home, alone, can get kind of boring. Not that I am complaining. I set my life up like this for a reason (two actually) and I love it, but yes, when my mind wanders or I need a little break, I’ll click over to Facebook to see who’s hanging out in the lounge and what they had for lunch.

But lately I noticed that I’d scroll through and see how many likes their photos were getting, or whose post went semi-viral and got picked up by one of the big “curator” sites, or which family got a press trip to an exotic location, kids and all, and I’d get jealous.

Yeah, I said it. Jealous.

I’m as susceptible as the next guy to the “your life looks better than mine” syndrome. Maybe more so. Who knows? The bottom line is that I would spend 10 to 15 minutes fussing over being left out of something or coveting my neighbor’s goods, and that was happening several times a day. I’m not proud of it. In fact, it makes me feel a little sick.

I also noticed that when I am busy living life away from the computer and I’m not checking all the social media, I’m a lot happier. A lot more content.

So on June 1st I posted on Facebook that I’d only be checking in twice a day until June 13, and after that only for work. Apparently others have posted similar notices, because very shortly afterward, one of my friends posted that she would NOT be taking a social media break for the summer, and made fun of those of us who are.

I get it. It’s annoying when people shout “I am leaving you, Internet!” and flounce off, only to be posting stuff again ten minutes later. I’ve seen it happen.

I was actually just going to slink away quietly. I mean, who cares, really? Nobody hangs on my every update or photo. The people who need to reach me can reach me. I’m very Google-able. But increasingly, friends and colleagues reach out to me on Facebook, either with public comments or using personal messages the same way they would once use email. I felt it was polite of me to say “Hey, I’m not ignoring you, I’m just not on Facebook.” I didn’t make similar announcements on the other channels, just Facebook, where I was hanging out far too much.

And then I went camping.We spent a week at a site across from the beach in Malibu, where cell phone reception and/or wifi was spotty or non-existent. 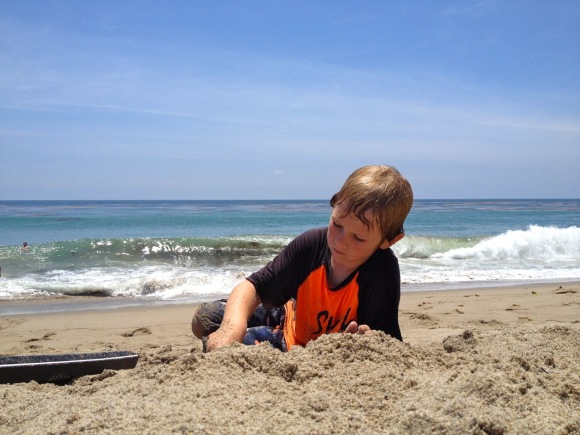 We played at the beach. 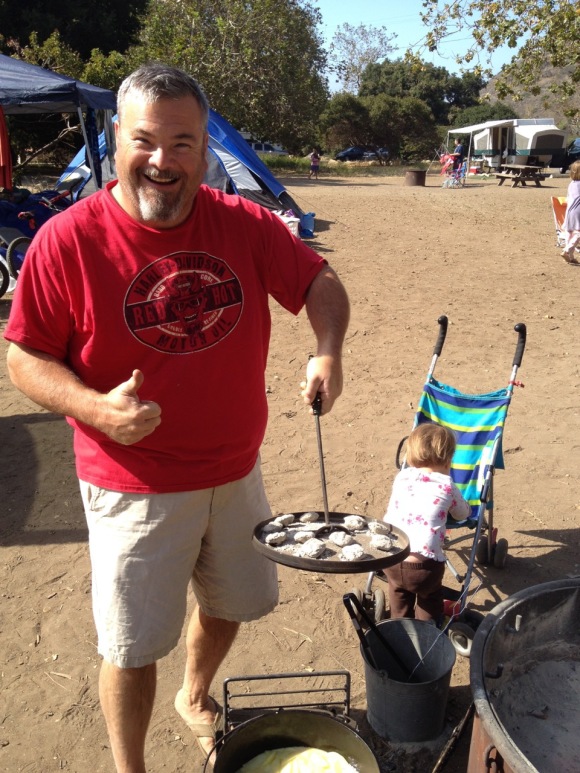 We made epic meals in Mike’s Dutch oven.

…and on the griddle. 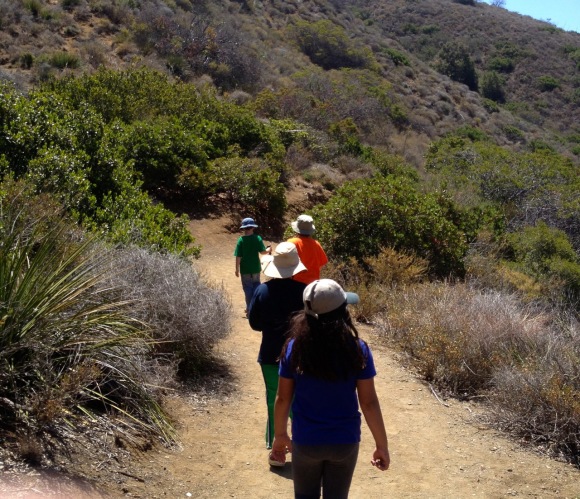 I made them all come on a geocaching hike with me. 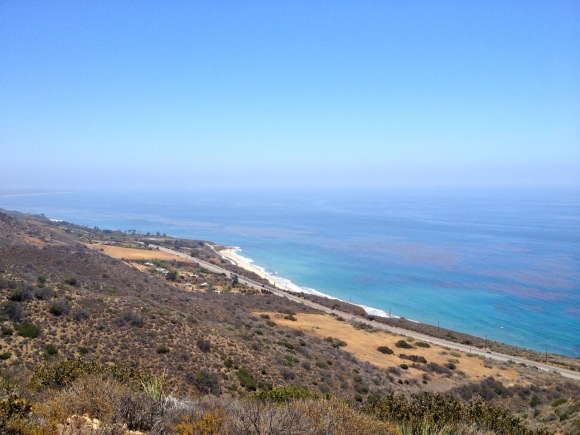 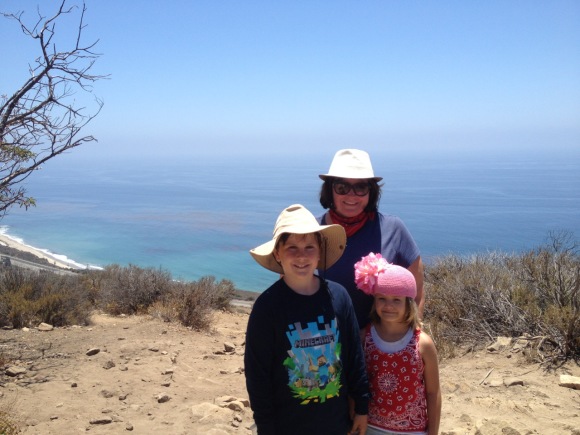 I think they agree that it was worth it.

He lost his front tooth, finally. I couldn’t resist sharing.

We got back today, and between a nice hot shower and the hours of gear cleaning and sorting I have ahead of me, I did check in on Facebook, making sure my client’s page is updated and the scheduled posts went up.

And sure enough there were personal messages waiting for me, nothing urgent, but still. And sure enough I scrolled through and saw how awesome everyone’s lives are, or how some have posted the weirdest esoteric thoughts, and I know that I have been guilty of both things – posting my randomest thoughts and only the best photos. 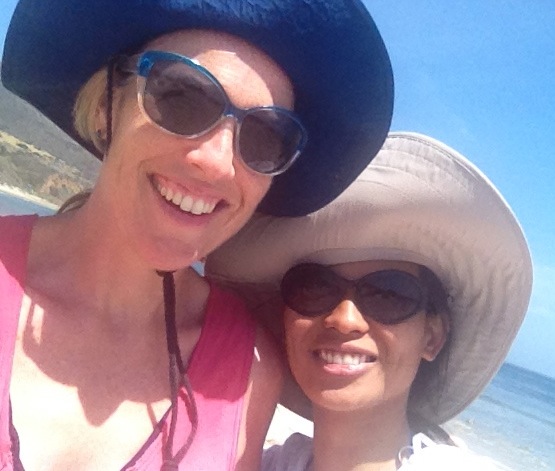 A week away wasn’t enough. I definitely need a break to refocus on just living, you know, the way people used to, without selfies, without hashtags (when did people start hashtagging their babies?!), without the constant need to document and broadcast. I love the community, and I learn from it every day, but sometimes too much of a good thing is just too much.

I suppose you could say that blogging about my life is the same, but I would argue that blogging at least takes a little bit of processing and for me, solid writing. Over its ten years, this blog has become a place where I can document highlights of what’s happening in my life, not every little blip on my timeline. 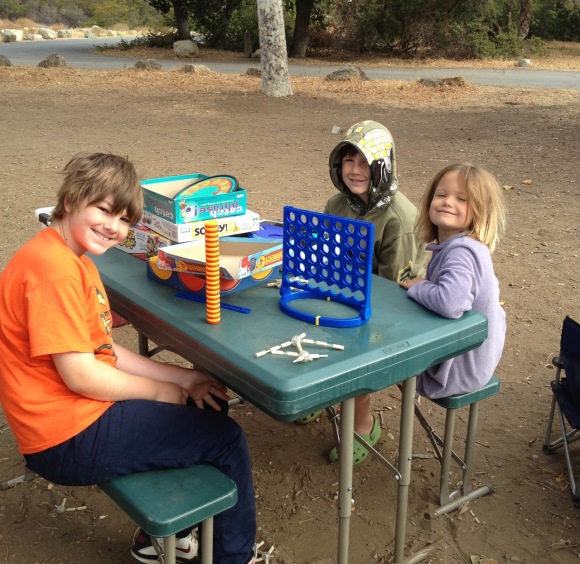 Kyle playing analog games with his friend-since-birth and little sister? Definitely a highlight.

So maybe I’ll blog more this summer, maybe not. But I will definitely be social media-ing less, and hopefully I’ll return to my world inside the computer (and iPad and phone) by fall with a renewed spirit of sharing and learning and celebrating my friends and colleagues and their #awesomelives and #weirdinnermostthoughts.

Until then, see you in real life. 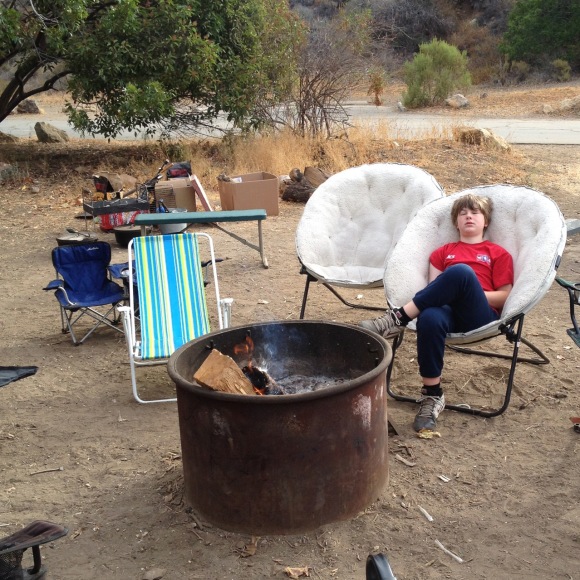 (And on #fabchat once a week, because work.) 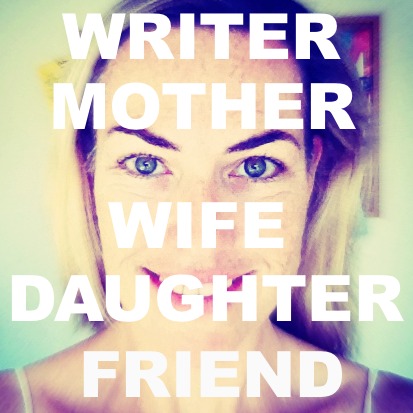