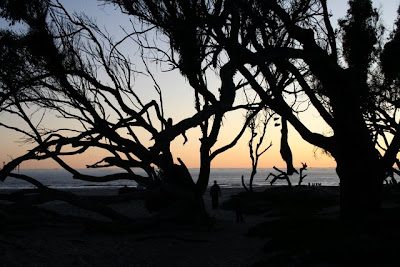 Ten years ago, Stew and I started “camping with the lesbians,” a phrase that always turned heads at a cocktail party. My friend Heather happens to be a lesbian, and many of her friends are lesbians, too. They like the camping, much more so than my male gay friends, and everyone is okay with that. 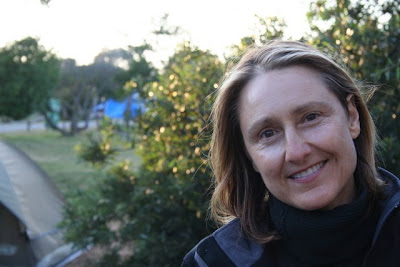 Shellie in her natural habitat 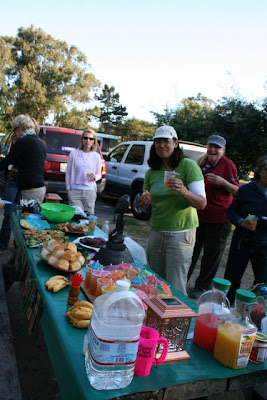 Once the children were born and my tolerance for anything beyond mere survival dropped to an all-time low, we didn’t go camping anymore. Not with lesbians, not at all. One time, we did join the group just for a few hours to show off our new baby, 3-month-old Kyle.

This year it was Heather’s 50th birthday party. With Stewart coming up on this milestone birthday next year, I knew how important it was to her to have her dear friends join this camping trip, and it’s about time we get the kids out for an adventure, so we went. I show and tell the story on Whrrl and on Uptake. Here are some more pictures: 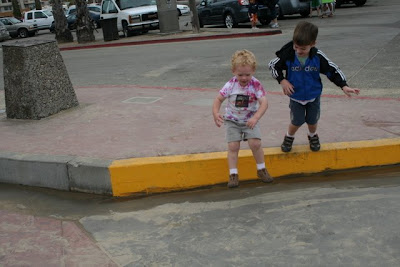 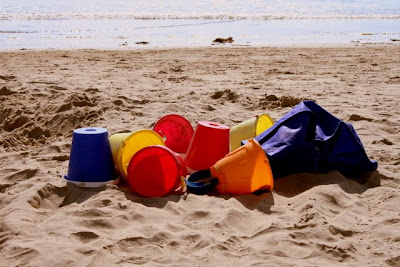 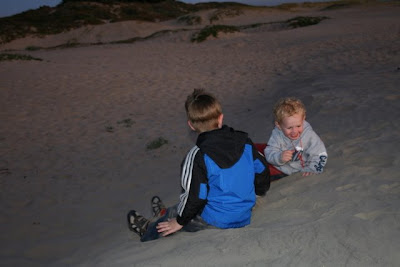 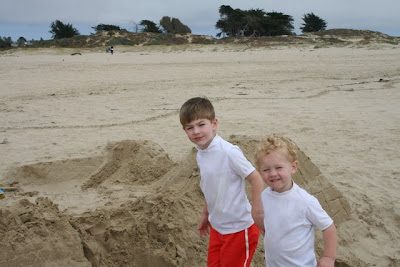 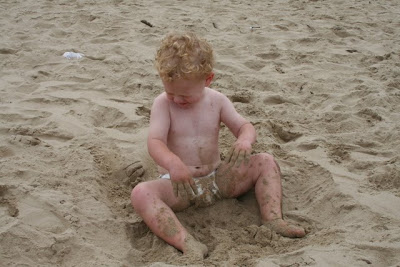 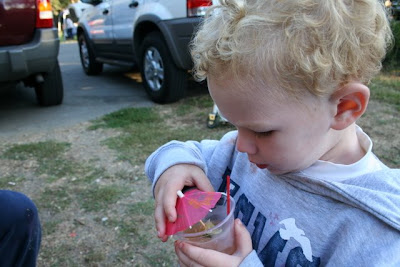 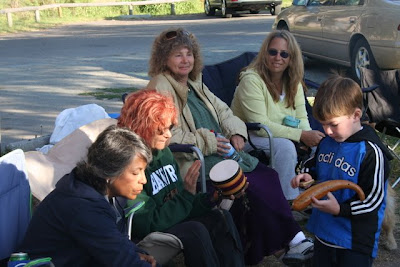 Kyle’s second favorite thing about the weekend was “meeting the girls.” His first was sleeping in the tent. 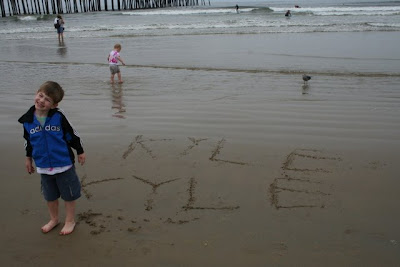 What I didn’t include in those other places was the surreal experience of Saturday night.

On Friday night, I was so fried after a day of fretting over the dust and dirt and food items I left behind that I was exhausted. Our tent was far away from the campfire, so I chose to stay there with the kids as they fell asleep – or resisted falling asleep – and once they were down I read by flashlight until I went to sleep early myself. Stewart finally came back to the tent around 1:30 AM. The next day he was, of course, hung over.

I forced him to suck it up and play on the beach with us. In the evening, all the other campers were abuzz with the topic of going to nearby Sycamore Springs to soak in the big group hot tub. It’s rejuvenating, they said. We’re bringing booze and snacks. It’s only $15 per person.

“Honey, can I go to the hot tub with the lesbians?” I asked. He said he wasn’t feeling good, that he couldn’t wait for the kids to fall asleep so he could, too. He said for me to go, enjoy myself, hopefully the hot soak would soothe my aching back.

And so I found myself riding in the back of a cargo van, 10 lesbians, one gay man, and another straight mom and I all packed in without seatbelts, on my way to the spa. We made our way back through the terraced wood, hot tubs crammed into every little hidden nook. Ours was the larger “Oasis” tub, shaped like a V and able to accommodate 30 people.

Most of us wore swimsuits. (My new relative comfort with public nudity did not stretch to this occasion.) Some wore their underwear and bra. The gay man danced about in a Speedo, a glow stick dangling from his neck, bobbing with the sway of his body as he sang Cher tunes. I sipped a cocktail for a few minutes until I realized that was a very. Bad. Idea.

The hot spring felt wonderful on my camping-weary body. The few hours away from husband and kids, in the company of these women I have known for over a decade, were invigorating to my soul. I’m different now, they said, but exactly the same. 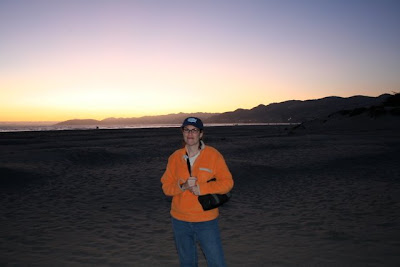 Oh yeah, there was one who was topless. That was Heather. It was her birthday, after all. 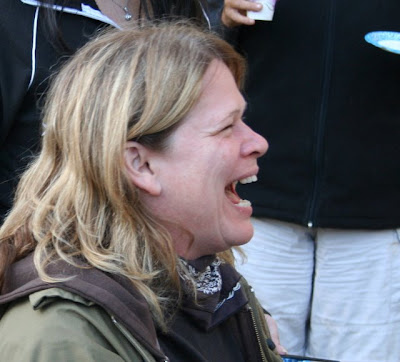